We’re so grateful to our partners at MAKERS, Influence Film Club and The Smart Feed for curating playlists of additional video and films to continue the conversation about #GettingTo5050!

The Smart Feed: Geared toward parents and educators, The Smart Feed created a list of 30 films, filtered by age appropriateness, all about getting to a more gender balanced world. Check them out here!

Influence Film Club: This club handpicks a documentary as its featured film every month. With its film of the month, film discussion guides, and curated playlists of docs, Influence Film Club extends the conversation while suggesting ways to Influence and get involved. For 50/50 Day, they put together a powerful playlist of films around role models and mentors. Here they are!

MAKERS: Known as “the largest video collection of women’s stories,” MAKERS took a deep dive into our Getting to 50/50 poster and curated videos for each circle. It’s an incredible collection of videos of inspiring people and stories. Check them out below! 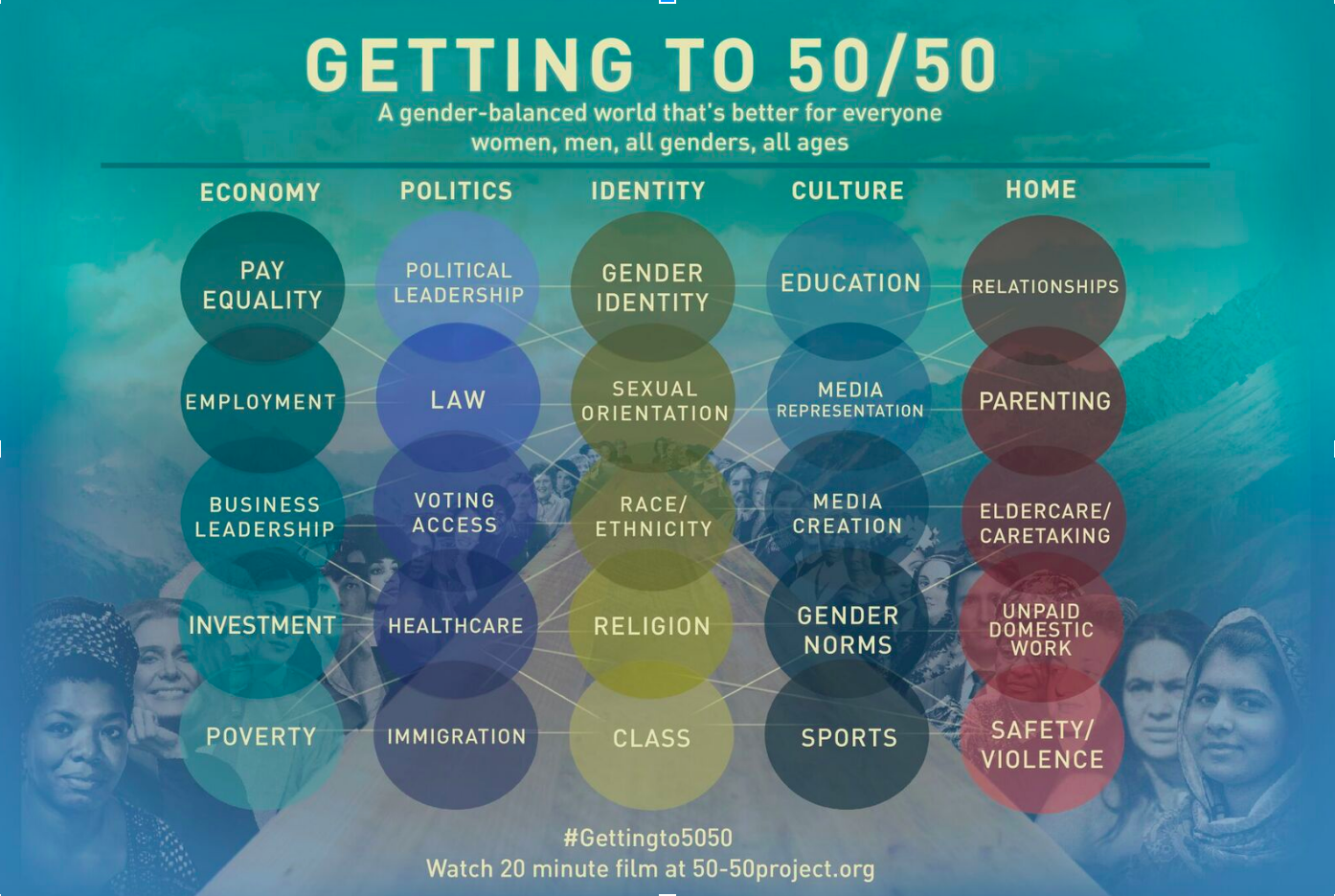 Voting Access:
Nancy Pelosi, First Female U.S. Speaker of the House on “Ghosts of Suffragettes Past”

Religion:
Reshma Saujani, Founder of Girls Who Code, on “Religion and Race in the Midwest”

Media Representation:
Geena Davis, Actor and Founder of The Geena Davis Institute on Gender in Media